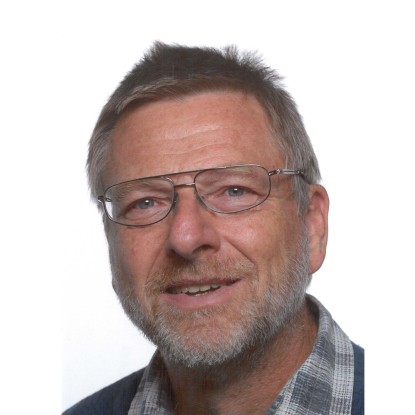 Andreas Binder, Senior Member IEEE, Member VDE, IET, VDI, EPE, received the degrees Dipl.-Ing. (diploma) and Dr. techn. (PhD) for Electrical Engineering from the University of Technology (TU Wien), Vienna/Austria, in 1981 and 1988, respectively. From 1981 to 1983 he worked at ELIN-Union AG, Vienna, on large synchronous generator design. From 1983 to 1989 he joined the Institute of Electrical Machines and Drives, Technical University, Vienna (TU Wien), as researcher. From 1989 to 1997 he rejoined industry, leading groups for developing DC and inverter-fed AC motors and drives, at Siemens AG, Bad Neustadt and later at Erlangen, Germany. Since 1994 he is lecturer (habilitation) at University of Technology, Vienna/Austria, and received in 1997 the ETG-Literature Award of the German Assoc. of Electrical Engineers, VDE. Since October 1997, he is Head of the Institute of Electrical Energy Conversion, Darmstadt University of Technology, as a full professor, being responsible for teaching and research for electrical machines, actuators, drives, electrical power engineering, e-mobility and railway systems, co-operating with a team of external lecturers from industry. He is the author or co-author of more than 390 scientific publications, contributor of two scientific books, wrote two books on electrical machinery and holds several patents. He received Dr. h.c. from University of Technology Bucharest in 2007 and is the recipient of the Medal of Honour of the ETG/VDE 2009 for outstanding contributions to VDE. Research topics are Hi-Speed-Motors, Permanent magnet-E-Machines, bearing currents, drive technologies for hybrid and electric cars, drive systems for electric railways, magnetic suspension and magnetic bearings, generator systems e.g. for renewable energies. He lectures since 16 years at the VDE technical college program and gives technical lectures at scientific conferences and at companies. He is member and led from to 1999 until 2006 the VDE/ETG Technical Group A1 “Elektrische Maschinen, Antriebe, Mechatronik”, was from 2004 until 2008 advisor (Fachkollegiat) for the Section „Electrical Engineering“ at DFG/Bonn (Deutsche Forschungsgemeinschaft), lectured at TU Wien from 1994 to 2015 and at TU Graz from 2001 until 2008, and led the DFG-financed research group „Parasitic HF effects in electrical machines and drives“ in the years 2006 to 2012. He is Technical Chair of SPEEDAM conference. His technical lecture ppt slides are free for down-load at the institute´s home page.